In June 2014 Kobas installed a large 15 station EPoS system at the top of Peckham multi-story car park in just a few hours, with less than a week’s notice. Here’s how it happened.

It’s midday on Monday 23rd June 2014 and the Kobas team have just three and a half days until the EPoS installation at Frank’s Café, a 1,200 capacity summer-only venue set amongst an art gallery on the top floor of a car park in Peckham. Yes it really is as bizarre and brilliant as it sounds!

This isn’t, however, the most shocking thing about this installation. That honour is reserved for the fact that Kobas and Frank’s haven’t even been introduced yet. At 1pm James Dye (owner of Bar Story & Peckham Springs, who happens to have a Kobas installation booked for the following day) presses send on the email that sets this chain in motion and so the journey begins…

Following a quick exchange of emails with Frank Boxer, owner of Frank’s Café, we have an hour long telephone conversation about the issues Frank is facing with his current supplier and details of their requirements are also laid out. On the face of it they’re a pretty standard venue looking for 9 fixed terminals, 5 mobile terminals and a kitchen printer. But what lies beneath is a darker truth… the venue isn’t completely network cabled, it doesn’t have the internet and is primarily based outside.

Frank has spoken to a number of EPoS companies over the last few weeks but no one has been able to give him an installation time of less than 3 weeks, which isn’t ideal given that he needs something as soon as possible – preferably by the weekend! Usually at Kobas we say the installation timeline is 3 to 4 weeks, but the real bottleneck tends to be the amount of time our new client can devote to helping us prepare Kobas for them. In this case Frank’s team were committed to doing everything they could to move things forward, and under those conditions we can work very fast indeed. By the end of the phone call we are ripe for the challenge and ready to spring into action!

Armed with the information from our phone call we get a proposal over to Frank outlining the hardware, installation and licensing costs as well as the data sheets we need to have completed in order to get Frank’s up and running. As our hardware costs are much lower than other quotes, Frank agrees in principle almost immediately. We arrange a face-to-face meeting to take place tomorrow at Bar Story, after the Kobas installation, to work out the finer details of the deal and an installation plan.

Frank meets us in Bar Story and, having witnessed the 90 minute installation of Kobas EPoS there, is shown first-hand the speed and flexibility of the system by Chaska Bunzli, our Business Development Manager. Suitably impressed Frank, Chaska and I make the short walk to his venue (including a hike up 10 flights of stairs – it’s a fairly large car park!) to meet the rest of the management team of Frank’s Café. This switched-on bunch show us a wealth of spreadsheets that allow them to run and monitor the business, and we get ready to show them how their EPoS system can save them time in generating these reports.

We just about have time to take in the incredible view of London from Frank’s Café – the photo below is click-able for those who want to zoom in and spot London landmarks!

Having been given the go ahead, it’s time to perform a complete site survey. This reveals that some of network cabling is broken and other parts are missing. We have a chat about how Kobas EPoS benefits from a dependable internet uplink to Kobas Cloud; this allows our clients to get up-to-the-minute revenue and spend analysis. As Vodafone have strong 4G coverage in the area (measured at 55mb download and 21mb upload) we propose to install a 4G router to get them online in time for afternoon service on Friday. While this isn’t a standard service provided by Kobas (neither is running network cables for that matter!), we’re more than happy to help where we can.

As we’ve recently had a rush of installations and upgrades, we are running low on EPoS hardware so a call is placed to Jason Southern (of J2 / Aures) to ensure we can have all the hardware delivered early on Thursday. With a little bit of bargaining – and a lot of goodwill – delivery is assured and we are all systems go. It’s time like these that having a good relationship with your hardware supplier is crucial and Jason is yet to let us down.

Chaska spends the whole day with the management team on site at Frank’s completing the data import sheets. Back at Kobas HQ the server and till builds start and plans for Friday begin. This is a real effort as the team are down in numbers, with some enjoying time away at Glastonbury or abroad.

It’s the end of the day and Frank’s now have a working Kobas Cloud installation complete with staff files, suppliers, ingredients, EPoS PLUs and recipes, and an EPoS layout. It may have taken the whole day to get this done, but it’s a one-time deal, and many staff members remark that the process was easier than with other systems they’ve used elsewhere.

It’s been another long day! The hardware delivery arrived just in time and everything is ready for the installation, now only 9 hours away. The server is built and communicating with its Cloud counterpart, the tills are configured and talking to the server happily, and the iPads / kitchen printers are all ready to start fulfilling their roles perfectly!

We’re up bright and early! With the van loaded we set off for the car park, only three miles from our office – and for the first time in London we aren’t even worried about parking! Steve, the GM, and his team have done a great job of stripping out their old tills before we arrive, so we’re able to run cables and install the 8 bar stations and waitress station in double-quick time. With the venue opening at midday, we need to be swift so at the same time as the front of house install, the 4G router is installed in the office along with the iPad Minis and kitchen printers being hooked up in their respective homes. 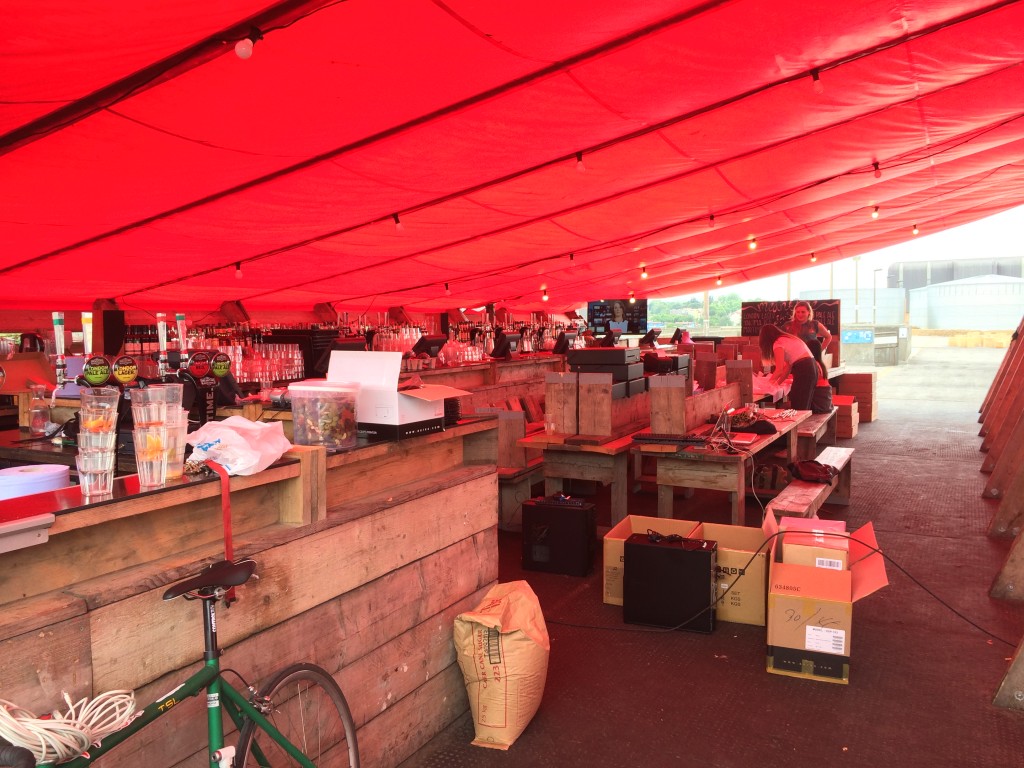 The installation is finally complete and everything has been tested and is in working order. An intensive half-hour training session for 30 front-line staff has just taken place, and they are now ready to use the tills after picking up the operational flow straight away. We are very pleased when they tell us how straightforward the whole process has been! A more in-depth session is given to the managers to enable them to realise the full power of KOBAS. 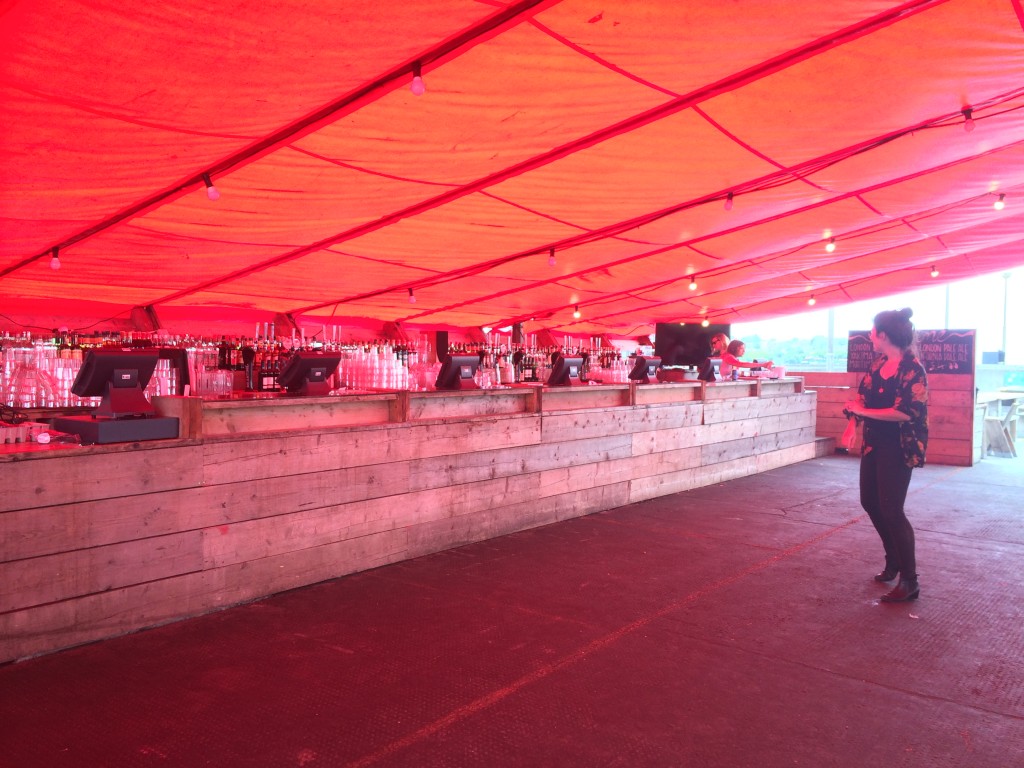 It’s the end of the normal working day and we are ready for the weekend. The company line is that we stayed on site with the team for the duration of the evening to help them with fine tuning their PLUs and setting up new staff, but if we’re honest, it was mainly because it was a lovely sunny Friday and we’d earned the time off! 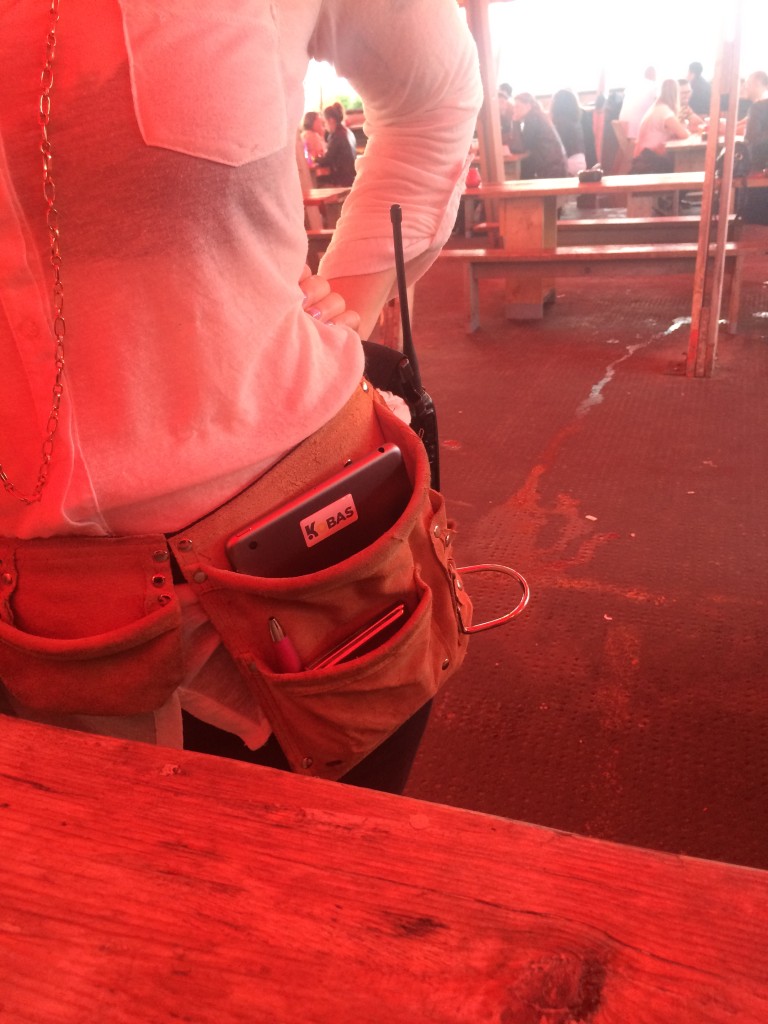 So there you have it, from nothing to everything in less than a week! I’ll sign off with a few comments from the staff at Frank’s:

“Working with Kobas was so different from the other EPoS companies we spoke to. Not only did they really know their stuff (all their on-boarding team have run multi-site operations) and understand our requirements (KOBAS is written specifically for hospitality businesses), they were up for a challenge and really went the extra mile!

“Now my staff are happy the system works, we can serve our customers quicker and at their table and importantly have real time, in depth reporting that allows us to make better business decisions. I can’t recommend them highly enough.”

“The process of getting started with Kobas was really quick and straightforward. The tills themselves are simple for the staff can do everything they need… and they just work. This frees up my time to work on the finer points of service and drive the frontline business. Having the iPads also really helps when we’re 8 deep at the bar, I now can’t imagine running service without them.” 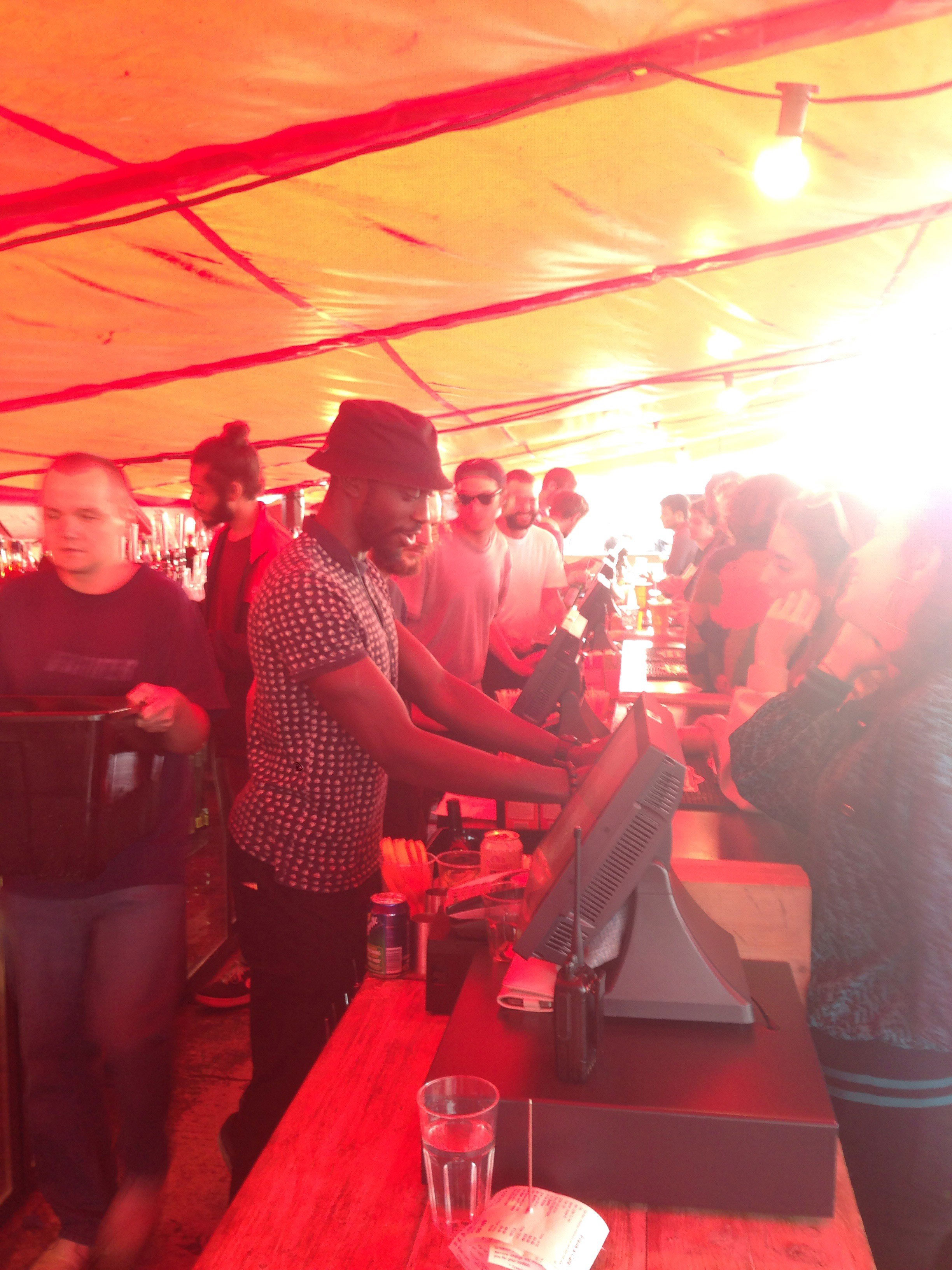