AURES have released their EPoS Predictions Report for 2018. For the report, AURES asked industry leaders for their input on the future of POS. One of them is our very own CEO, James. 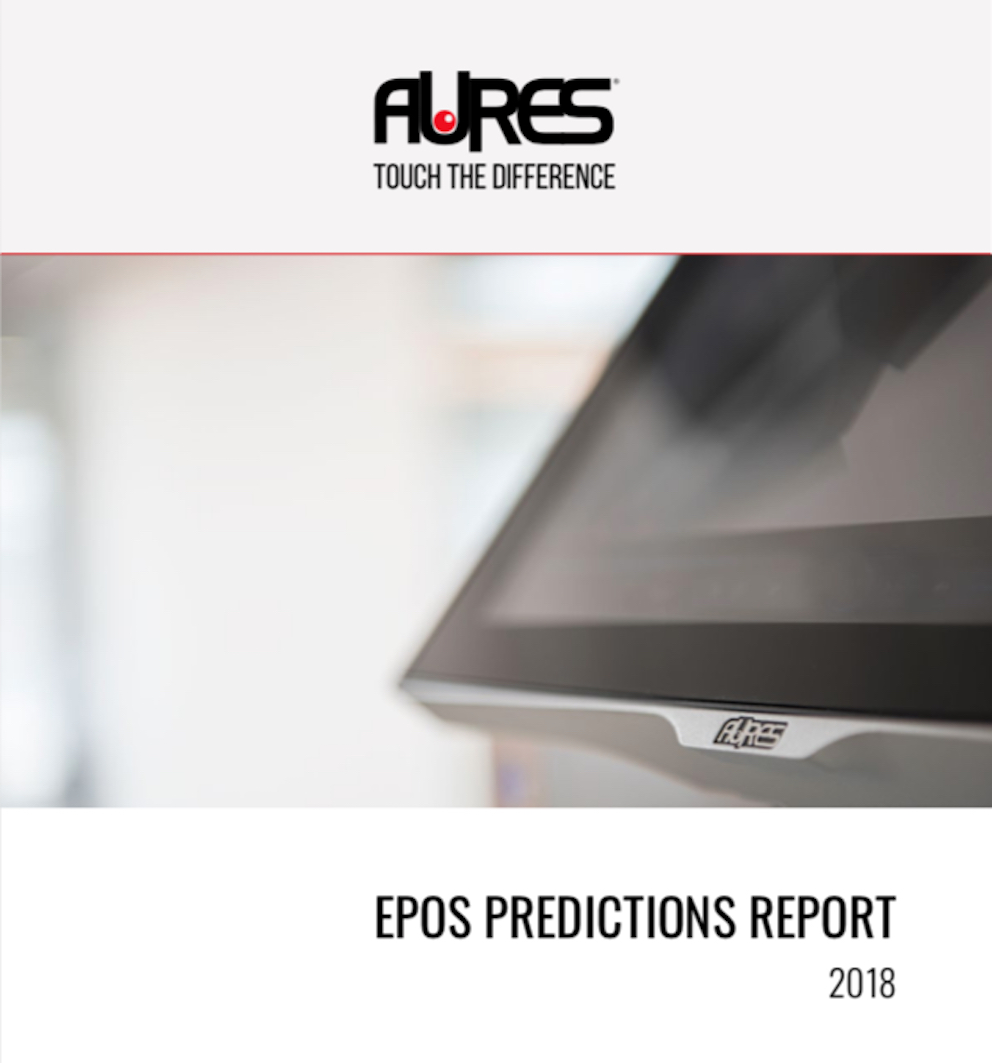 Here are some highlights about what he had to share.

Where do you see the future of POS in the next 5 years?

The next 5 years is a very long time in the life of technology, so predicting this far out is a tough job. In our application we’ve had some technology that has been invented, used and rendered obsolete in under 3 years. That said, I think the key advances in the software side of POS aren’t going to focus that heavily on the POS itself, they’re going to see POS become interlinked with the rest of the business software system.

What industry will benefit from future revolutions in POS and why?

I’m not sure that I think ‘revolution’ is the correct word to describe what is going to happen to POS over the next few years. Revolution has happened 3 times to POS:

The future is more likely to be evolution along the themes we’re already seeing as there isn’tany technology that is used extensively in the large groups that needs to trickle down / become affordable to the smaller independents. The only possible exception to this is in the sphere of payments, not that the big boys have something better but that the market is seeing a lot of innovation and many well-funded companies have a lot to lose if their offering is superseded.

Retail has long lead the way when it comes to POS and their very real requirement for ‘omni-channel’ has already delivered incredible advances. Expect to see more advanced logistics integrated in the buying process in the future as delivery times look to come down from next day, to same day and even within the hour in urban locations. They are already embracing the power of RFID tags from a stock control perspective with many large retailers reporting 20% improvements to accuracy where high 90s are now common with no real speed penalty.

The Quick Service Restaurant (QSR) and fast food space is reacting to pressures on staff costs by deploying more and more technology. Expect to see more in the way of in-store kiosks and online solution for delivery and/or collections to both speed up the ordering process, reduce costs and increase accuracy of orders.

Traditional restaurants and pubs don’t really have much to gain from any sector specific enhancements with the possible exception of payments. Traditional cash and card payments, while they won’t go away, will reduce with the additional options of paying via your phone and/or apps at a time of the customer’s choosing.

In summary, all industries will get incremental benefits from the progression of POS, but it’slikely to be in the form of integrations and general increases, rather than being sector specific.

To read the rest of the report, click here.

Moved to London from Vancouver, Canada. Left the rain for more rain. Fuelled by spicy food, tequila and travelling. Passionate about Beyoncé and learning about beers. View all posts by Genevieve Fontanilla →